Some of The Traceries will be making an appearance on the Electric Wall at Electric Shadows Bookshop, Canberra.

I love road tripping. The kid and I drove to Melbourne recently, specifically to go to RMIT’s Open Day but also to see friends and hopefully squeeze in a bit of art. Sadly we only managed a quick visit to the Ian Potter Centre, but so glad we did – the David McDiarmid show was fabulous. A sparkling mix of sex, politics, pattern and decoration, all set to a killer soundtrack. 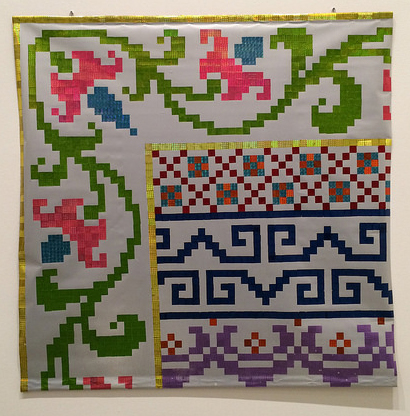 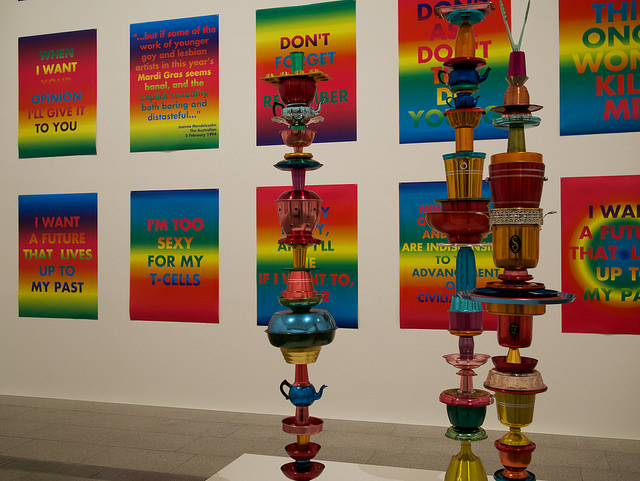 My last trip to the NGV was back in February. Melbourne Now was pulling massive crowds, and a day spent idly in any place airconditioned was a welcome retreat from the oppressive heatwave outside. I’d heard much about the Hotham Street Ladies and had high expectations. But overall, I felt it was a bit hit and miss. These sumptuous rugs were my favourite parts:

Three pieces from my series The Traceries have been included in Sugar, Sugar – a group exhibition curated by Megan Fizell at Brenda May Gallery, Sydney, 1 to 19 October 2013.

Work in progress for the exhibition Come to Your Senses! at Goulburn Regional Gallery, NSW 12 December 2012 to 19 January 2013. The show was curated by the gallery’s Education Officer, Michelle Stuart, who wanted the audience to have a truly sensory experience – works that could be smelt, touched, heard and tasted, as well as seen of course. My contribution Sampler was made specifically to be eaten. 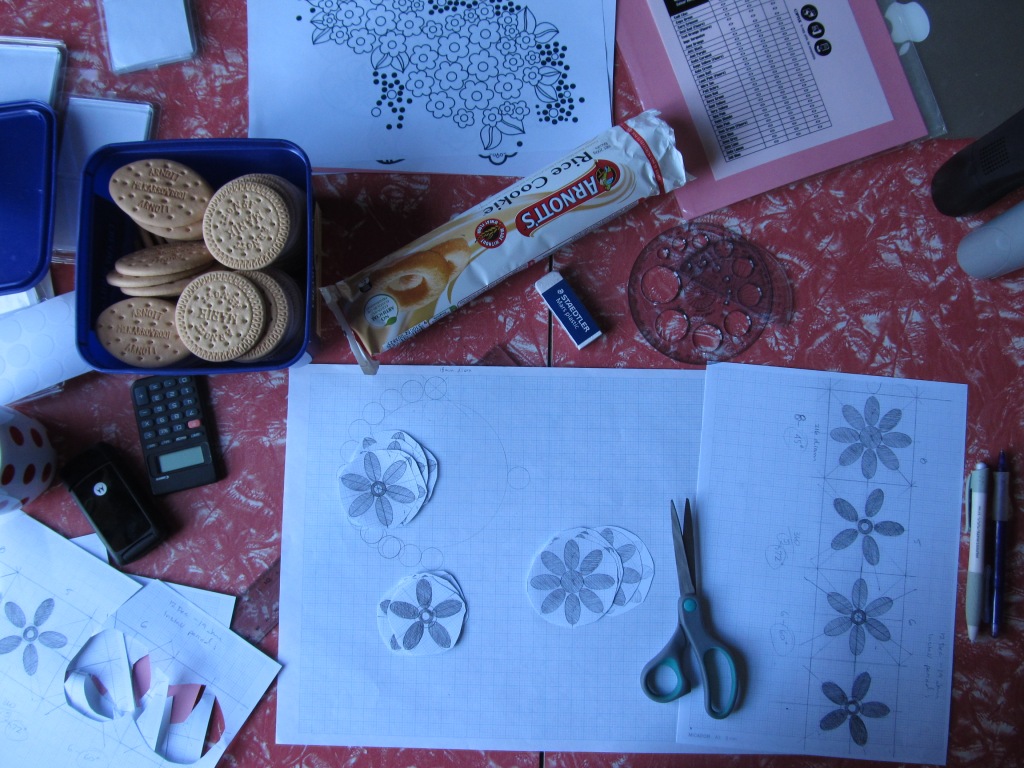 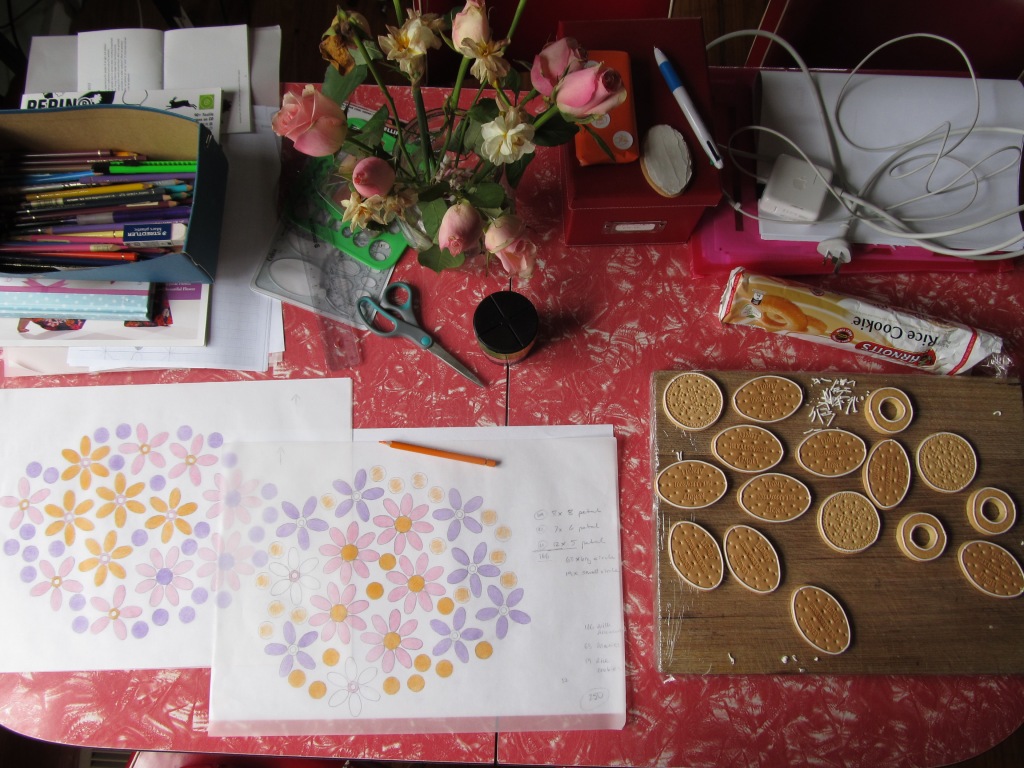 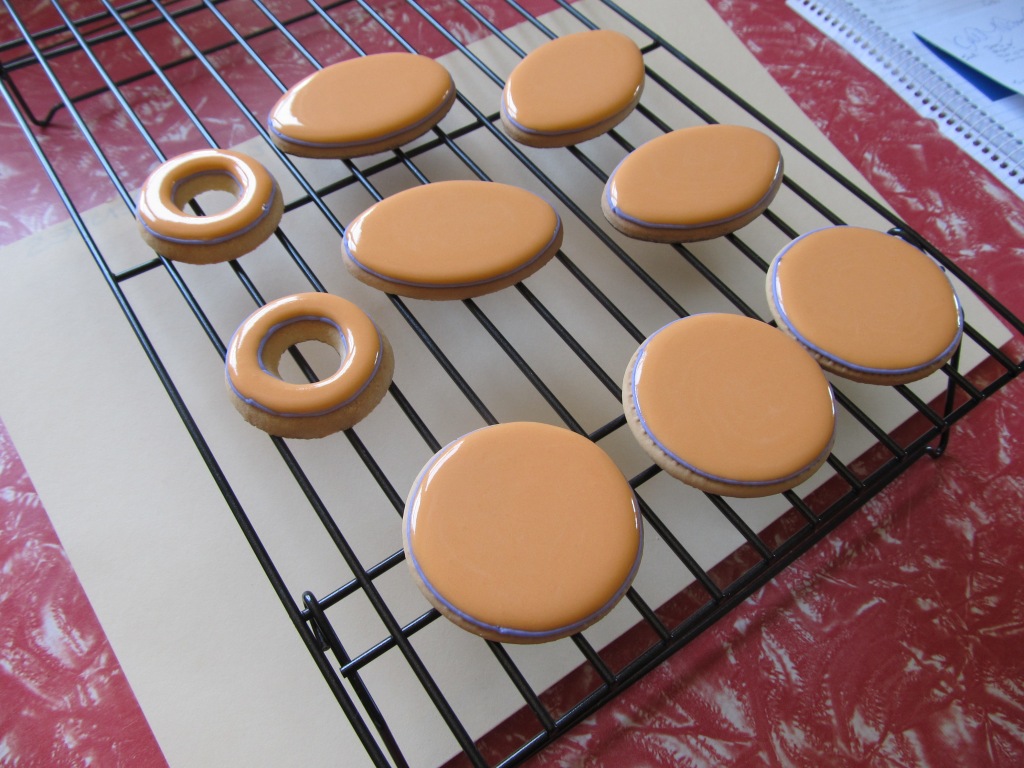 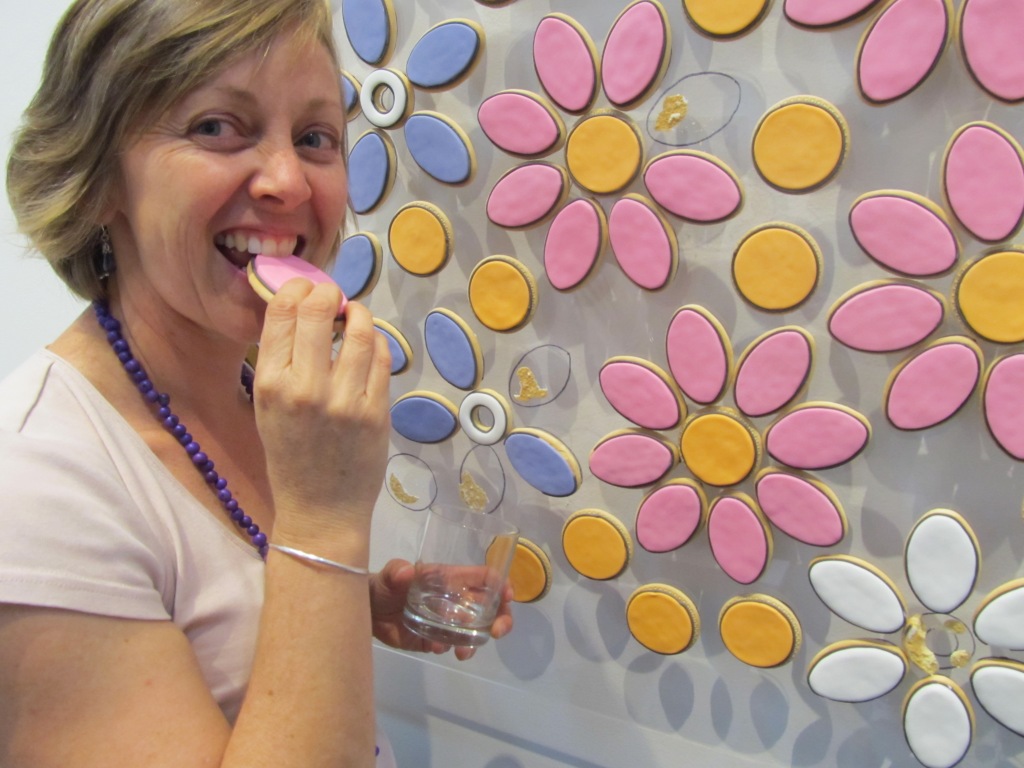 It’s been a hard six weeks or so. Just finished two very labour-intensive drawings for a group exhibition. Or at least I think they’re finished – a couple of days looking and thinking should decide it.

The show is called In the Mirror, at Brenda May Gallery in Sydney, from 27 March to 14 April.

This is the first major project I’ve undertaken since starting full-time work last September, in fact I had vowed not to take on board anything of this sort precisely to prevent the kind of stress I’ve just been under.  Dragging myself out of bed at 5am to do a couple of hours in the studio before waking my daughter and getting us both out of the door by 8am. Then straight back up there at the end of a long working day (thankfully my partner cooks most nights). Bed at 10pm because I’ve never been a night owl and I simply can’t stay up late if I’m rising early.  It’s no surprise I feel like crap as I’ve stopped going to the gym and walking the dog (she still goes out with aforementioned partner) and to top it all off, I’ve been indulging in some serious comfort eating. Must have put on a good few kilos, but the bathroom scales broke a few months back and it’s probably best for the self-esteem that I don’t exactly know. And that’s not my only complaint. My back, neck and shoulders ache from the repetitive pencil rendering and I’ve definitely got a bit of RSI in the wrist. I so wish I’d taught myself to draw with my left hand when I was young and more adaptable, because it just seems too difficult now.

Still, there have been pleasures too. Long hours with Radio National, a couple of audio books and plenty of music. I’m lucky to have a large and diverse CD collection to keep me going, but I’m always keen to have new things to listen to as well. The Lion’s Roar by First Aid Kit has been on high rotation, and there’s a line from their song To a Poet that keeps running around in my head: “There’s nothing more to it, I just get through it.”

And I have. Hooray.

Just finished my Sketchbook Project and got it in the post in the nick of time. My theme was Monochrome. Here’s a few pages:

Four drawings from my very first solo show ‘Interiors‘ at the Beach Gallery, Fremantle, in 1990. Here they are hanging in a  recent exhibition ‘Body’ at the Art Gallery of WA, curated by Melissa Harpley. John Stringer purchased them for AGWA back in the day when he was actively collecting emerging WA artists. I remember he haggled with me over the price – pretty cheeky given how cheap they were, but hey I was young and naive and just thrilled to have my work acquired for the state collection!

These drawings come from a good time in my life. My second year out of art school, I had given up a full time job with lots of potential to go back to waitressing, which had supported me during my last year at uni. While this might seem like a strange choice, it proved to be really productive – working mostly night shifts in the restaurant,  it meant lots of long uninterrupted days in the studio. And what a great space that was, an old factory unit in South Freo just between the yacht club and the Seaview Hotel. The Arnotts factory was still operational back then and I can still recall the smells of the different biscuits that were baked on various days of the week (sweet ones could be cloyingly sickly, but plain ones like Saos were mmm good).

I worked away all year long on a series of 24 drawings, slowly rendered with Conte pastel pencil – a really hard and scratchy medium that needed to be built up very gradually on the surface. And now here I am colouring-in silhouettes on wallpaper in yet another painstaking process.